Highly effective. Highly selective. Neporex® is a highly selective solution for fly control that is applied to the breeding sites of flies to control the larvae of the housefly and other fly species.

Houseflies: not just a nuisance Houseflies are more than a nuisance to your poultry operation. They can be expensive — and dangerous. Houseflies can transmit more than 100 human and animal disease-causing organisms,1 including avian influenza2 and salmonellosis.3 What if you could help control the development of flies before they become a problem for your operation? Now you can — with Neporex. Neporex: a novel mode of action Neporex is an insect growth regulator (IGR) for the control of dipterous (fly) larvae. The active ingredient, cyromazine, is from the triazine group, which as a family of pesticides is one of the least toxic to wildlife.4 Neporex has a novel mode of action – it disrupts the molting process, which is essential for the fly life cycle. It interferes with the chitin metabolism of fly larvae at all 3 stages,5-7 stopping these larvae from developing, and preventing the proliferation of the fly population. Additionally, Neporex has no negative impact on beneficial insects when used according to the label.8 For best results, start Neporex early Early treatment will result in better control – once high numbers of adult flies are seen, there also will be a large number of developing flies present in the manure as eggs, larvae and pupae. Early treatment will reduce the chance of the fly population increasing above tolerable levels and will decrease the number of applications required to bring the problem under control. Neporex application rates Important Safety Information The label contains complete use information, including cautions and warnings. Always read, understand, and follow the label and use directions. 1Cornell University College of Agriculture and Life Sciences Department of Entomology. Flies Impacting Livestock, Poultry, and Food Safety. 2011;1: 1-12 2S. Wanaratana, S. Panyim, S. Pakpinyo. 2011. “The potential of house flies to act as a vector of avian influenza subtype H5N1 under experimental conditions.” Medical and Veterinary Entomology 25: 58-63 3Olsen Alan R, Hammack Thomas S. Isolation of Salmonella spp. from the Housefly, Musca Domestica L., and the Dump fly, Hydrotaea aenescens (Wiedemann)(Diperteria:Muscidea), at Caged Layer Houses US Food and Drug Administration, HFS-315 4Frederick M. Fishel. “Pesticide Toxicity Profile: Triazine Pesticides.” University of Florida. http://vet.entomology.cals.cornell.edu/arthropod-identification/chicken-recommendations/house-flies. 5El-Oshar, M.A; Motoyama, N; Hughes, P.B; Dauterman, W.C. 1985. “Studies on Cyromazine in the House Fly, Musca domestica (Diptera: Muscidae).” J. Econ. Entomol., 78: 1203-1207. 6Mulla, M.S; Axelrod, H. 1983. “Evaluation of Larvadex, a New IGR for the Control of Pestiferous Flies on Poultry Ranches.” J. Econ. Entomol, 76: 520-524. 7Awad, T.I; Mulla, M.S. 1984. “Morphogenetic and histopathological effects induced by the insect growth regulator cyromazine in Musca domestica (diptera: muscidae).” J. Med. Entomol., 21: (4): 419-426. 8Axtell, R.C; Edwards, D. 1983. “Efficacy and Nontarget Effects of Larvadex@ as a Feed Additive for Controlling House Flies in Caged-Layer Poultry Manure.” Poultry Science, 62: 2371-2377. Neporex is a trademark owned or licensed by Eli Lilly and Company or its affiliates

There are no reviews yet. 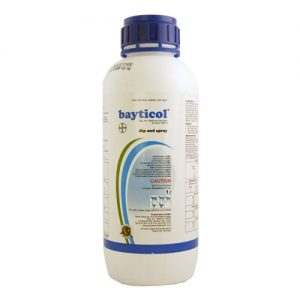 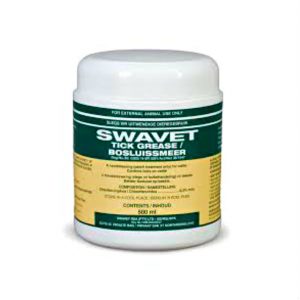